Have you ever confused Between Non-Inverter and Inverter Air Conditioners?

Whether you’re living in a tropical area, or just feeling the effects of mass global warming, chances are that you’re also considering investing in an air conditioner. Makes complete sense, it really is incredibly hot these days; however, ACs are a large investment, and one should be as educated as possible on the topic before making any purchase.

That’s why I’m here to help you identify the differences between inverter and non-inverter ACs, and help you make the decision that’s right for you!

What Does Inverter Even Mean?

Of course, we know what invert means: it’s the act of turning something around or inside out. However, does that mean that an inverter air conditioner just starts spewing out warm air instead of cold air? Absolutely not: in fact, the inverter part of the AC, while definitely reversing a key action of the electronic appliance, keeps homes just as cold as a non-inverter variant. Inverter air conditioners, in a nutshell, are electronic devices that stop expending energy whenever cooling has been completed!

I understand that it’s not exactly an easy concept to grasp, but allow me to delve into just a little bit more detail.

So, the thing about a normal, non-inverter air conditioner is that it will expend some energy in order to cool circulating air. That’s how your room is kept warm; however, a non-inverter very noisily only runs at full speed and suddenly stops when the work is done. This ultimately wastes more energy than it helps preserve.

Instead, let’s talk about air compressors. These devices, found in inverter units, will utilize energy to cool a room down, rev up slowly, and then automatically stop when the job’s done! This is a much more efficient process and ultimately helps keep the bills down.

An Inverter AC is a Lifetime Investment

There are no two ways about it: an inverter air conditioner is typically more expensive than a non-inverter unit. However, that’s a narrow-sighted look at the situation. Sure, an inverter may be a more expensive one-time payment, but they can save up to 30-50% of your electricity consumption! So, even if the initial price is higher, the investment is well worth it, and will be paid off in literal months.

Inverters are also Better for the Environment!

Alright, before I elaborate any further, let’s get something straight: air conditioners are ultimately still bad for the environment due to their reliance on CFCs. However, I choose to place the onus for that on corporations causing pollution rather that an average individual just trying to make their family more comfortable during summer time.

With that said, if you still want to at least make an attempt towards being more green, inverters are definitely better. They don’t exert any unnecessary strain on power supplies, use much less energy, and are more efficient than their non-inverter counterparts. Honestly, not a bad choice to make, if one can afford it. Ultimately, don’t beat yourself over an inability to save the Earth: just do your daily best.

Another fun fact about inverter air conditioners that makes them superior to non-inverter units is their lasting power. Due to inverter units being more efficient and avoiding unnecessary exertion, they’ll often have lifespans that succeed non-inverter air conditioners by years. This also makes them a much better investment, since there’s less upkeep and purchasing required in the long run.

Perhaps if you’ve grown up in an environment with ACs around you twenty-four seven, you’re not as fazed by their sound as everyone else is. However, sleeping with a non-inverter AC, especially an old window unit, really bangs on one’s eardrums. Another stellar feature of inverter air conditioners is that they’re much quieter, and are therefore most ideal for living with. It’s like the trained version of an average AC.

Other than being more expensive than non-inverter ACs, inverter units have one other disadvantage to boot. Namely, if an individual or family simply doesn’t use an air conditioner all too frequently, then inverter ACs will end up losing their cost-effectiveness. Blasting an AC for an hour or less, and infrequently throughout the day, means that inverter units won’t be able to get to the energy saving part of their job. Ultimately, you’d still have paid a larger sum, and would reap none of the benefits.

Myth-busting: Inverters Are Bad at Cooling

There’s a relatively common perception that inverter units are bad at cooling, due to slowly revving up instead of starting at full capacity. This, however, is not at all accurate. An accurate comparison between inverters and non-inverters would be storming the gates of a castle versus patiently digging a tunnel in. Sure, the latter’s a tad bit slower, but the former loses so much manpower and resources. The ultimate result is exactly the same: so why not save a few soldiers?

Conclusion – Out with the Old

Ultimately, the decision to buy an inverter unit has to be made with much introspection. You need to consider finances, all the above listed factors, converse with vendors, and do your own research. If you simply can’t afford the first large payment, or don’t plan on frequently using ACs, then consider going for a non-inverter instead. However, if continual bills are a problem, and the heat’s pouring down like molten lava, then perhaps keep the investment in mind.

I really hope that this article was of immense help to you, and may you have a successful purchase in the hopefully-near future! 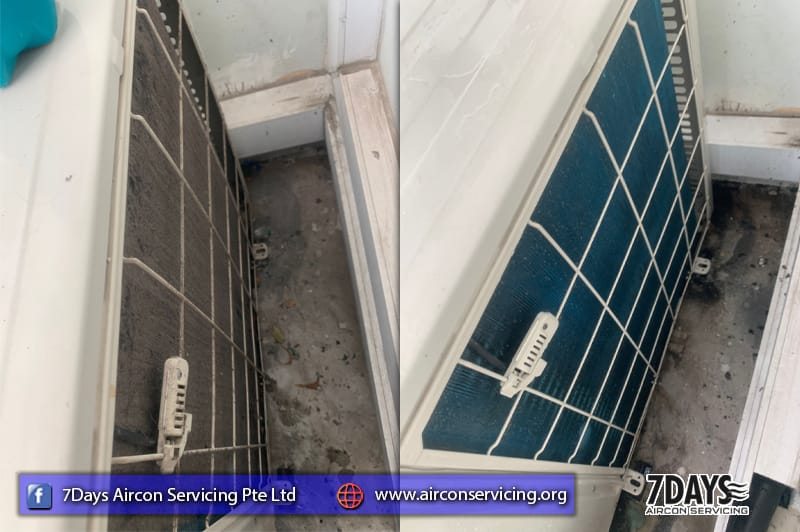